Just over a week ago, for the first time in a long time, I spent the day Geocaching.  The wife was off scrapbooking with a friend and the little one was spending the day with my mom.  I had a HUGE list of caches I wanted to tackle but precious time to find them.  the day wound up being far from what I had planned but much more.
﻿ ﻿
I had made a Pocket Query a few days beforehand.  So I loaded it into my iPhone and off I went.  However, I forgot to check on the recent logs of the caches.  Or else I would have known that many of the caches of the one series I was interested in were in somewhat disrepair.  Oh well, there are plenty of caches on my 'To Do' list.

So after dropping the little one off with Grammy I whipped out the iPhone, loaded up the GC.com app, and did a search for nearby caches.  Up came 'Sticking Around For The Beer'.  Yup, sounds like a good cache to start the day off.  It was a nice and easy walk into a suburban park and (aside from the familiar feeling of pine needles on my skin) was a nice start to the day.
﻿﻿﻿ ﻿
Next up were some caches in the Caching Migraine series.  You see (up-to-this-point) I logged my one and only FTF (First-To-Find) on #2 in the series.  So I've wanted to try some more and show that it wasn't just a fluke.  This is when I found out that many of the caches in the series are in need of some maintenance.  I'm not about to spend a rare day of caching hunting for hides that may not even be there.  The 2 caches I did find in the series were worthy of their name.  It was nice to check a couple of them off my list.
﻿﻿﻿﻿﻿﻿﻿﻿
By now I was getting close to that triple digit number and I could almost taste it.  But I needed a couple more so I went for cache known to be rather large.  Judging from the maps I thought it was just on the outskirts of a sports field.  However, it proved to be quite the trek through bush with many trails going this way & that.  When I finally arrived at GZ I was slightly disappointed that part of cache that made it interesting (other than it's size) had been disabled :(  On the way back to my car I realized that I had parked about 10 metres from another cache.  And despite being out in the open it had me scratching my head for a few minutes.
﻿﻿﻿﻿﻿﻿ ﻿
With 97 finds I started to head towards my goal cache.  On the way I grabbed a cache beside one of my favourite burger joints and met another cacher while I was there.  I then grabbed a cache from my high school stomping grounds.  Then I headed off to the goal cache.
﻿﻿
I had been here once before and had left only slightly stumped because I had forgotten the tools I had known I'd needed.  This time I didn't leave anything to chance.  But the cache was right behind a persons backyard, with a low fence, and a muggle relaxing on a lawn chair DOH!  This is going to take some stealth.

Armed with a multitool I made my way to cache in a semi crouch style walk.  I carefully released the cache from its resting place.  All the while watching the muggle to ensure I don't draw any attention.  Once in hand I dash back to the car.  A clever cache indeed!  I signed log and carefully put it back.  Not before taking some photos for personal reference.﻿﻿

I wound up grabbing one final cache before going to have dinner with the family.  A great ending to a great day!

If this had been a real test I would have provided you with the answers. 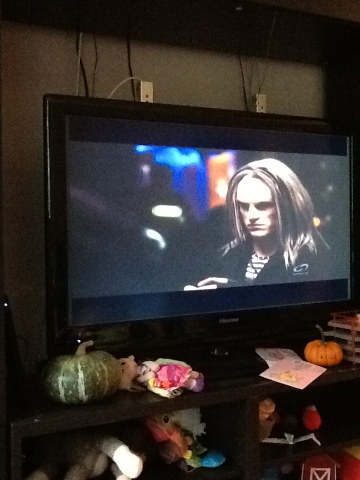